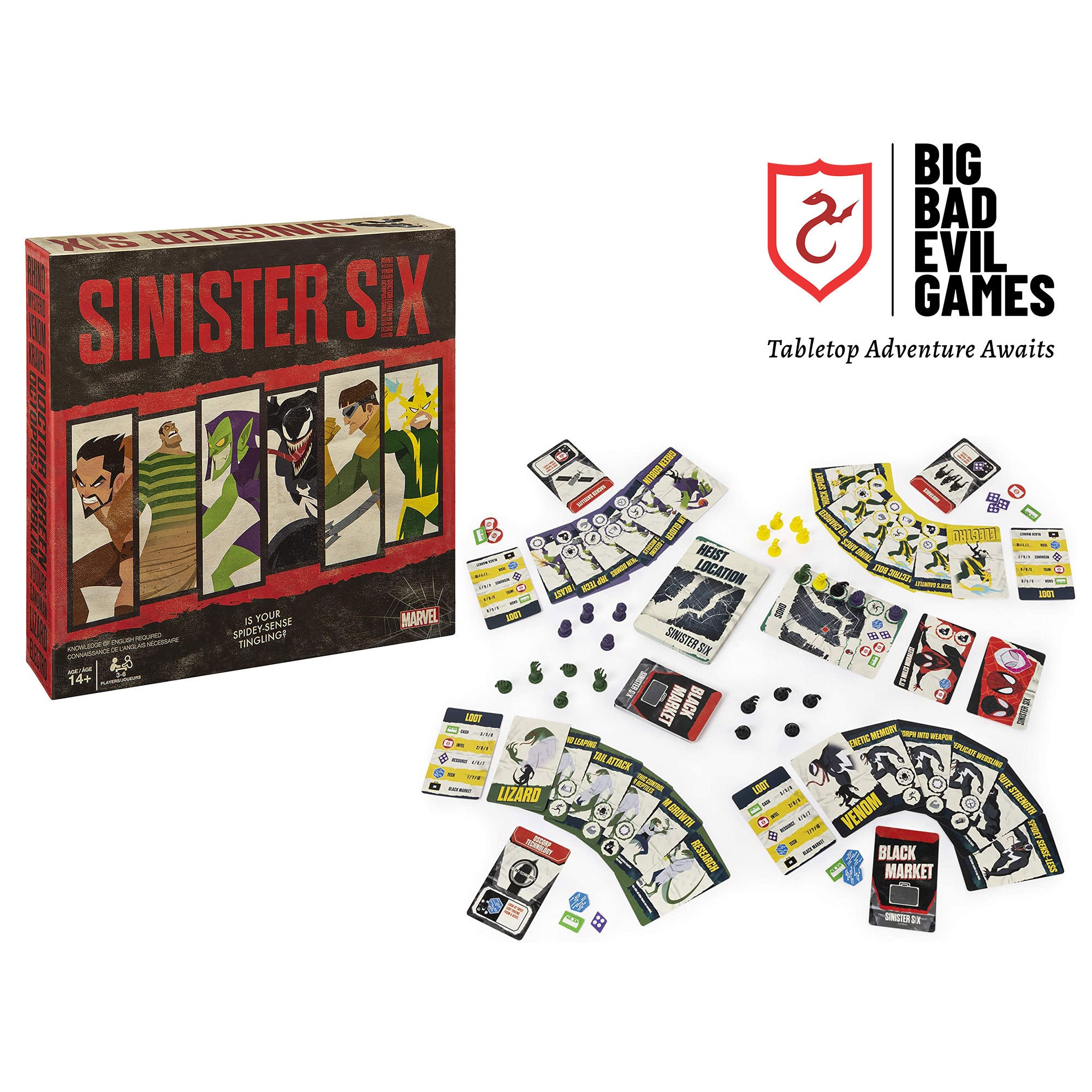 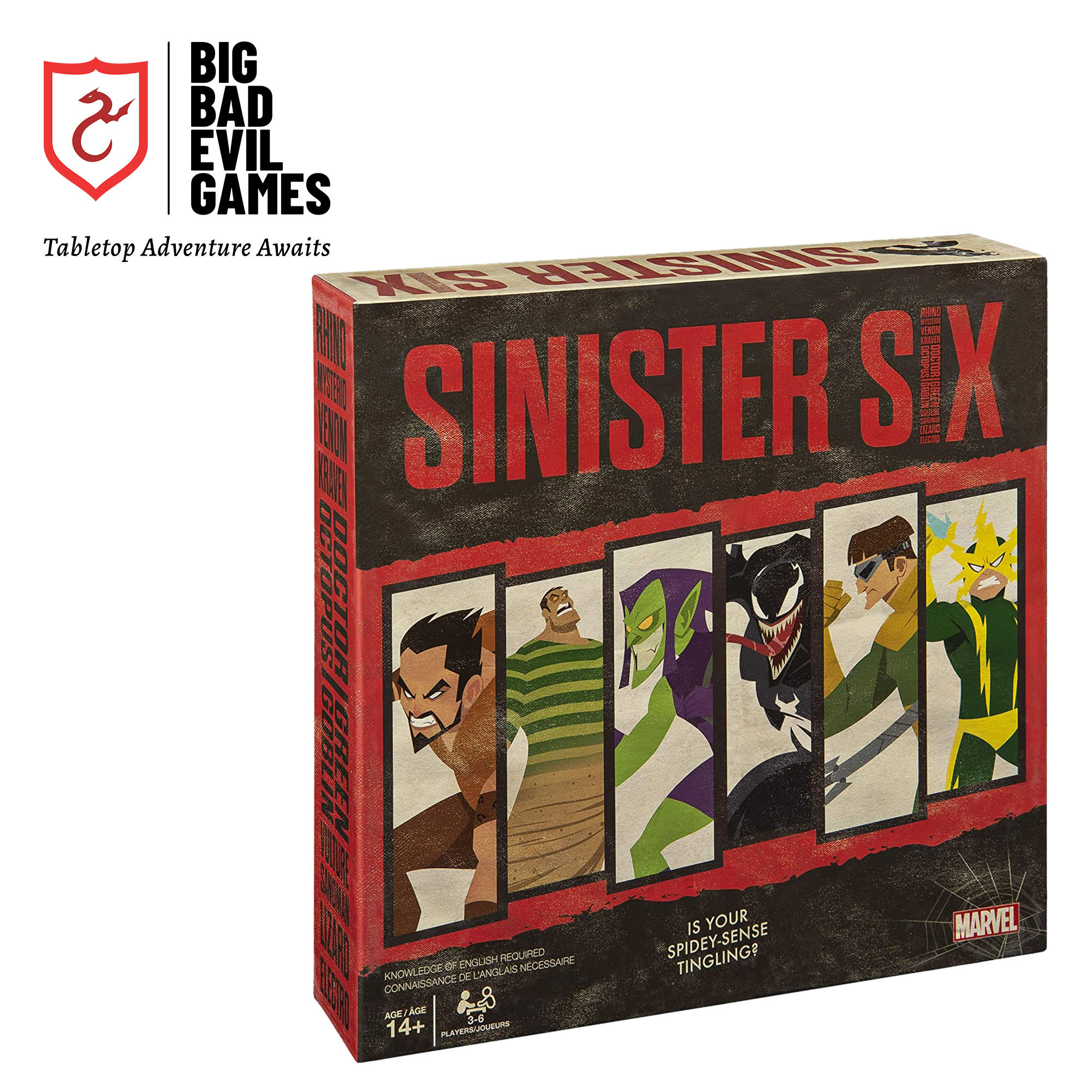 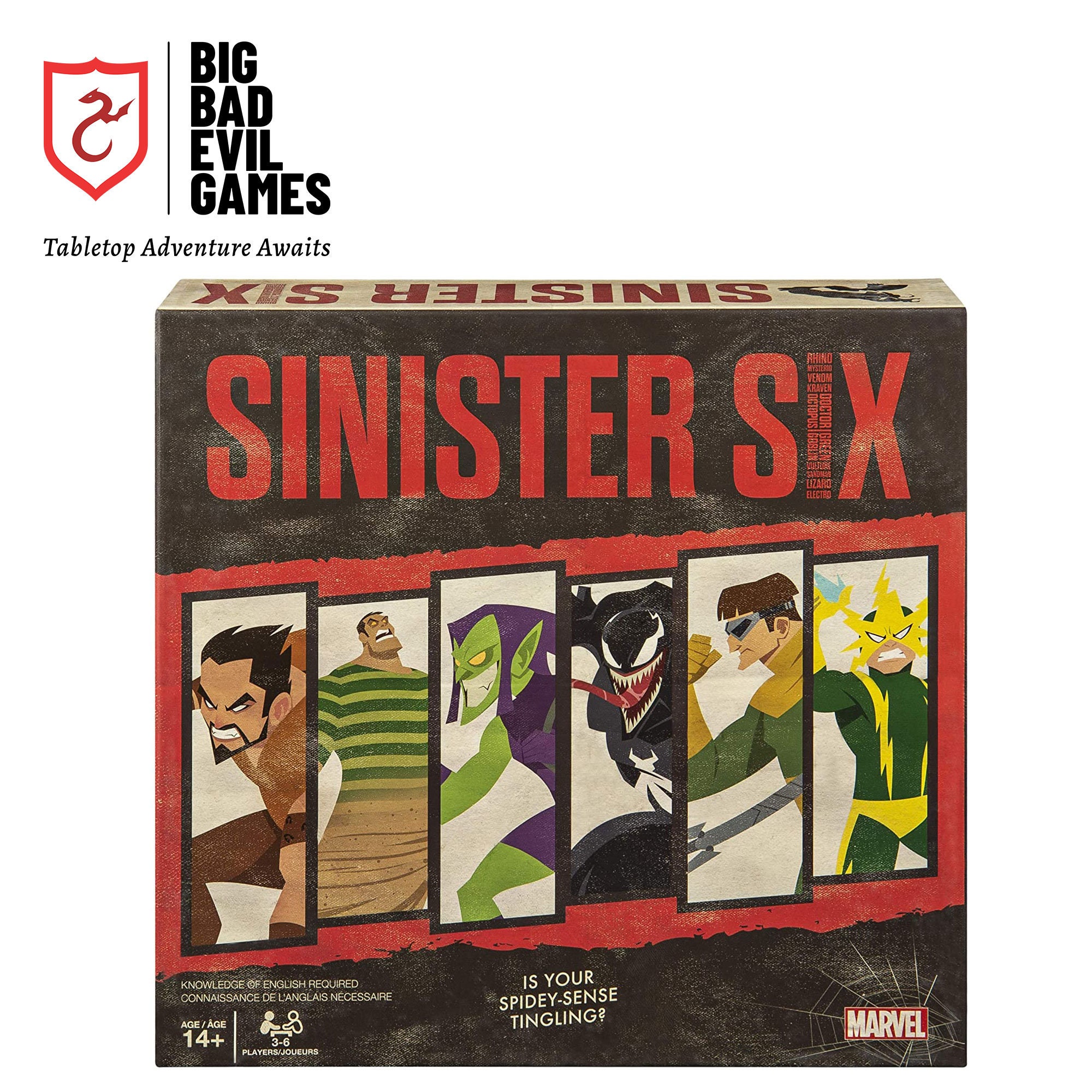 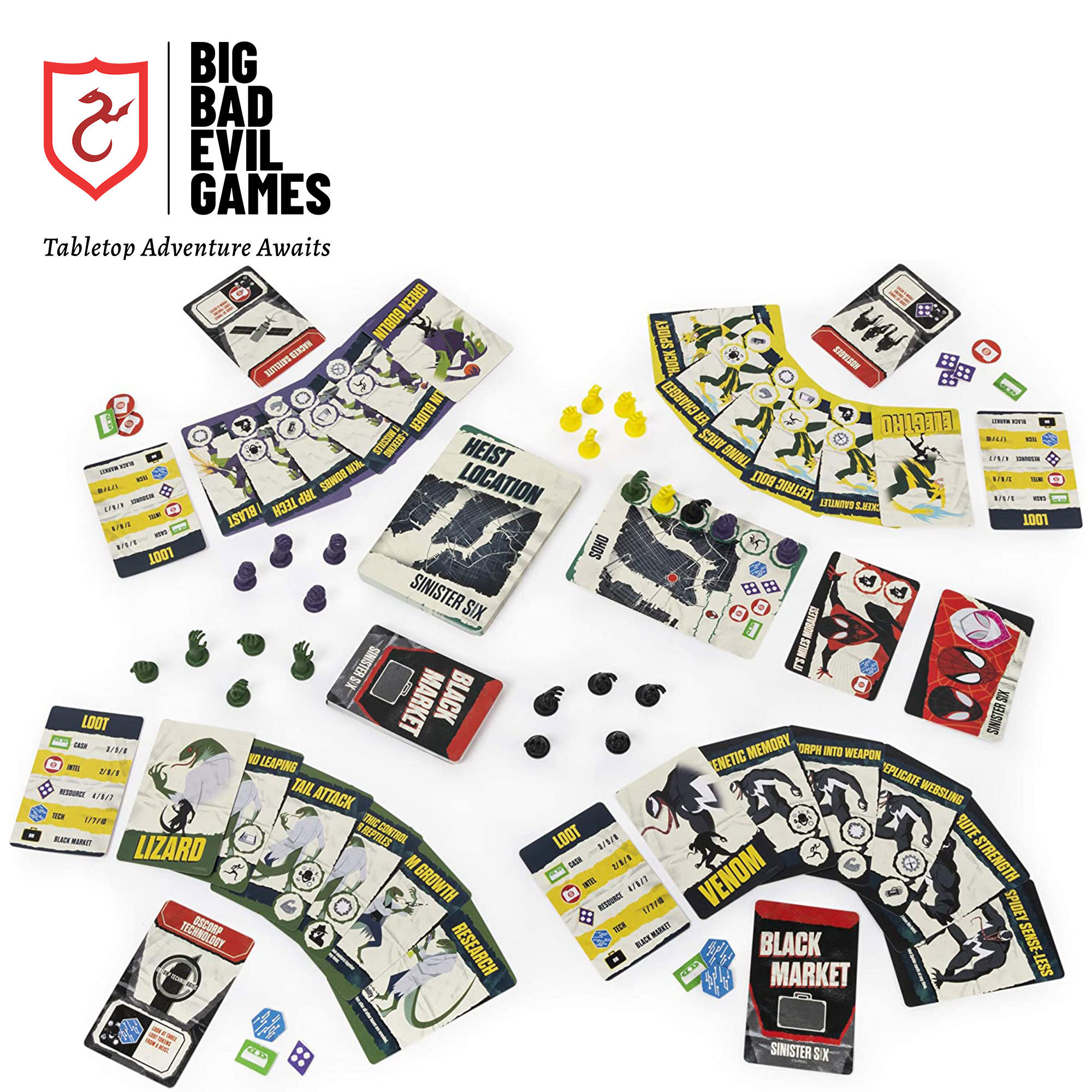 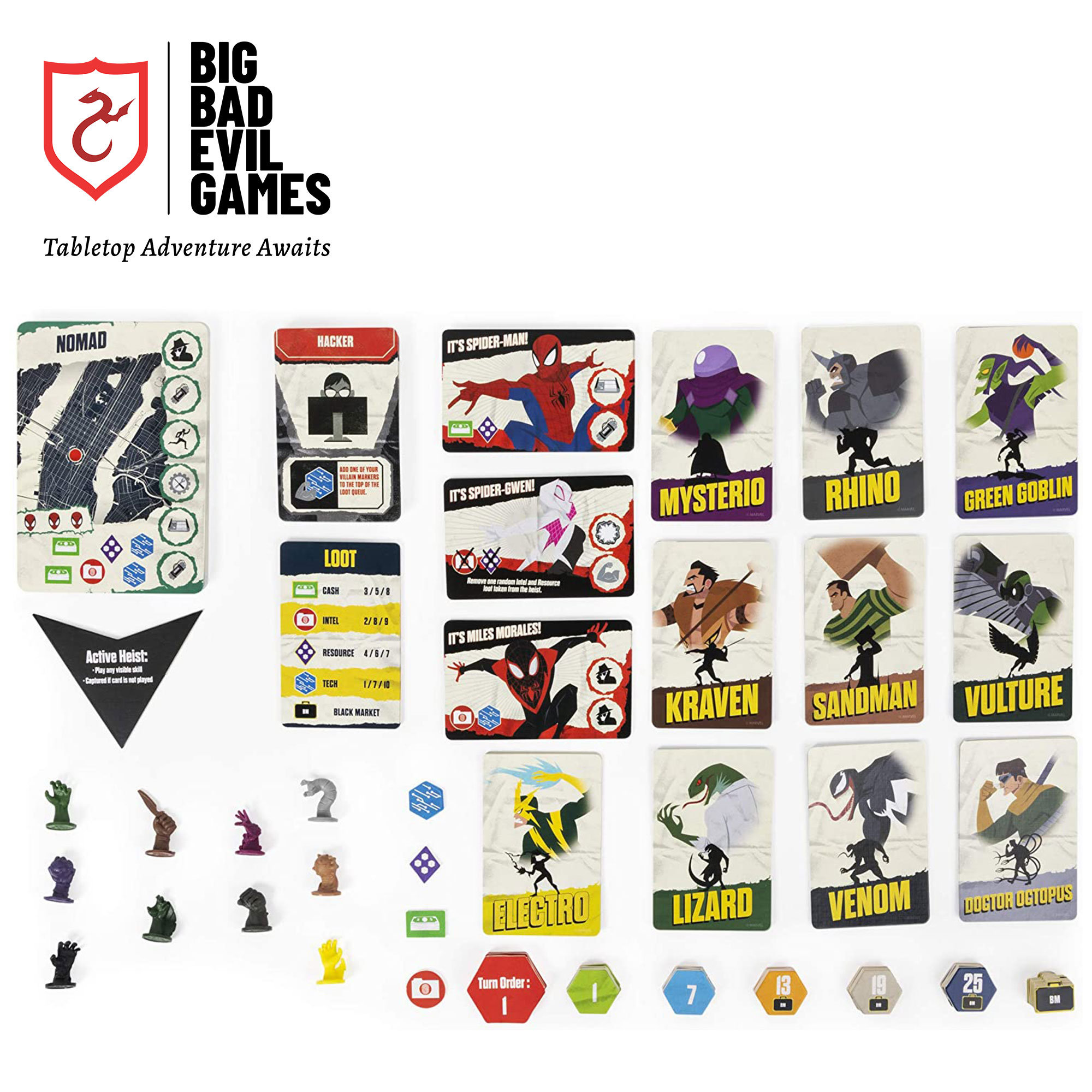 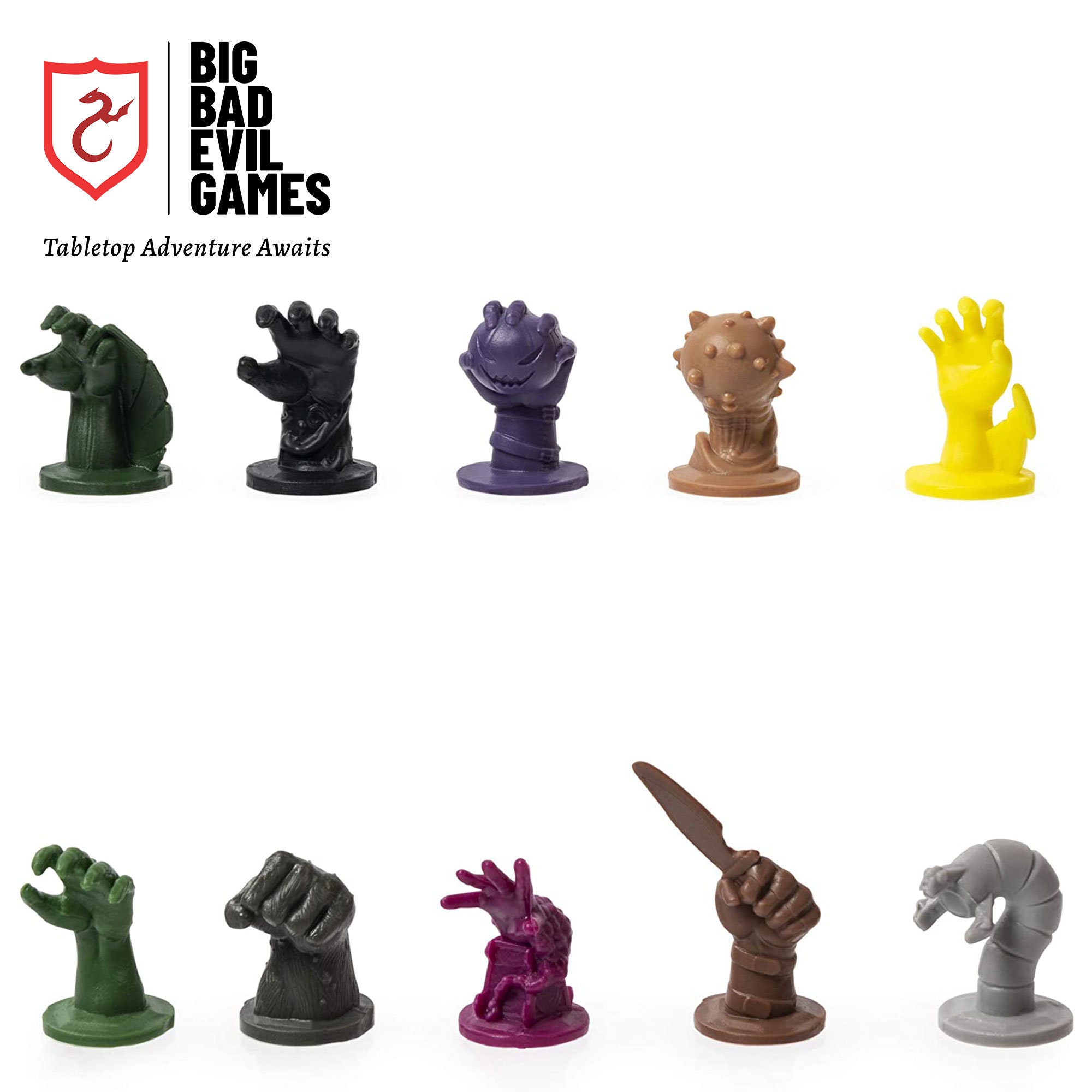 Join forces with the ultimate team of villains and pull off a series of heists with Marvel's sinister six! In this card game for teens and adults, players participate in four heists and a final battle against their nemesis, Spider-Man. Pick your favorite sinister character from villains like the green Goblin, Venom, lizard and more. Play different cards and use your villain markers to help pull off the heists and avoid capture, split the loot and earn points! To become the master supervillain and win, you'll need to survive the final battle against Spider-Man and have the most points at the end of the game! Grab the loot and defeat Spider-Man with sinister six! Is your Spidey-senses tingling

- Marvel Heist card game: complete 4 heists with a Crew of supervillains with Marvel sinister six! Choose to compete as one of 10 different Spider-Man villains like the green Goblin, Venom, Lizard and more. Steal the loot and escape Spider-Man!
- Match skills to complete heists: play action cards to contribute skills to each location's needs and place one of your 6 villain markers on the cards. Complete heists to move on to defeat special spider cards without getting captured, then split the loot!
- Defeat Spider-Man: in the final battle, players match skills in the order shown on the cards. But be careful - If you can't match a symbol, you'll be eliminated. Make it through the battle without being captured by Spider-Man and have the most points to win!
- Marvel sinister six makes a great gift for teens and adults, aged 14 and up. Requires 3-6 players. Defeat Spider-Man in sinister six!
- Includes: 28 Heist location cards, 28 spider cards, 32 black market cards, 40 action cards, 20 special action cards, 1 active Heist marker, 10 black market tokens, 30 number hexes, 6 turn order tokens, 60 villain markers, 84 loot tokens, 6 reference cards, 1 instruction sheet

0 items in your cart